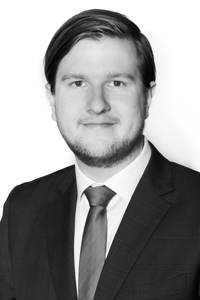 Bjarni Thor Sigurbjornsson is one of the partners at OPUS Legal Services. He received his master's degree in law from the University of Iceland in 2014 and became a District Court attorney in 2015. His main areas of practice include law of obligations, tort law, criminal law, real estate and property law as well as family law.

Bjarni worked at the department of finance and administrative affairs at the municipality of Kópavogur from 2008 to 2011. He has been at OPUS Legal Services since 2011.